Known mostly as a vast desert, the southwestern United States spans across quite a number of states and can be very hot, very dry, and seems as though no amount of wildlife can possibly live there. But, to a person with even the slightest interest in insects can tell you that is not even close to the truth. As an entomologist myself, I can tell you firsthand that there is more to this “barren wasteland” than meets the eye. 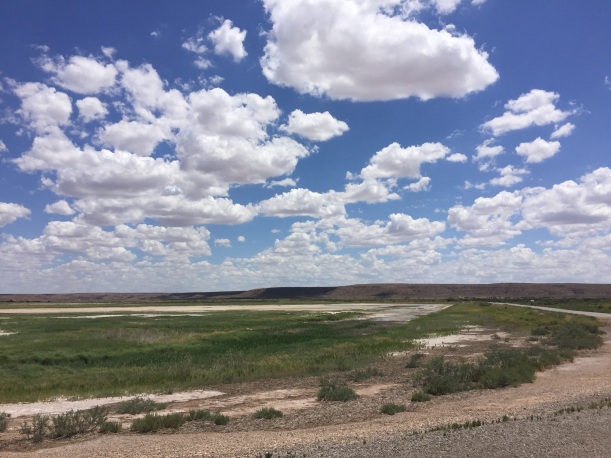 It’s all about the timing, one needs to keep a careful watch on weather patterns and the amount of precipitation that will most definitely be coming to the southwestern part of the country. A state that is very well know for its summer rain is Arizona. Most don’t know this but the southwestern US experiences an interesting annual phenomenon called the monsoons, which is a term used to describe the increase in humidity and precipitation that comes up with tropical weather patterns south of the border. This dramatic increase in wet weather is displayed by constant thunderstorms that tend to be very large and drop enormous amounts of rain onto the desert below them. As a consequence of this massive sudden increase in rainfall, flash flooding and creeks and rivers in surrounding areas tend to overflow. This change in weather also causes changes to the landscape and overall look of the southwestern desert.

After a good amount of summer rain caused by the monsoons the desert begins to transform. The environment blooms with color and instead of the surrounding areas looking dull and brown, they instead look green, lush and full of life. Plants begin to bloom and the wildlife activity increases ten fold.

In my experiences throughout the desert that is the southwestern US, I have seen the incredible amount of biodiversity that is present in both native fauna and flora hidden within this region. In the southwestern states ranging from Arizona to Texas there are a large number of small mountain ranges and natural areas where ample amounts of biodiversity can be seen first hand. As an entomologist however, these areas in each of these states is like a treasure trove full of insect species. The only trick is to know when to go, where to look, and understand what you are looking for.

For those who are insect enthusiasts or entomologists at heart, southern Arizona is one of the best places to be when trying to add unique insects to your collection or trying to get a great snapshot for your portfolio. The southern region of Arizona is home to a plethora of unique and diverse species of insects. All of the small mountain ranges spread across the southern and southeastern parts of the state are surprisingly different from one another and the insect diversity found in each one can also be just as different. The most famous of these small mountain ranges are the Santa Rita Mountains, located about 10 miles east of Green Valley. This mountain range is home to many famous canyons where a number of different insect species are always found in abundance.

Insect species such as Chrysina gloriosa, Dynastes granti, Zerene cesonia, and Pachysphinx occidentalis, are just a few of the unique specimens found in Madera Canyon, which is very well-known to researchers and naturalists alike. Other canyons found in this mountain range include Florida Canyon and Box Canyon, both also well-known by entomologists and other scientists. The Santa Catalina Mountains, the Huachuca Mountains, the Atascosa Highlands, the Dragoon Mountains, and the Chiricahua Mountains are just a few more well known mountain ranges that house an incredible amount of biodiversity in both flora and fauna. 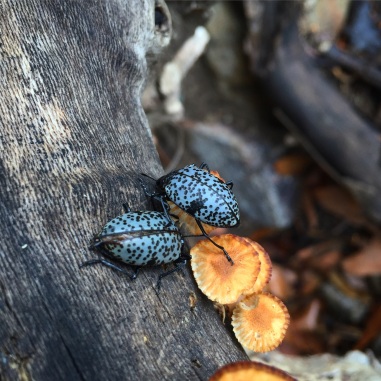 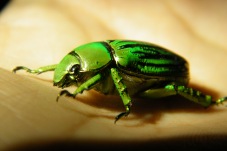 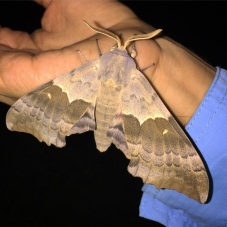 Continuing east we reach New Mexico. For entomologists and other scientists it may not be as fruitful as one might expect, but if you are a general naturalist or appreciate the natural world in any way, then this state will surprise you.

There are a number of different mountain ranges and natural areas scattered across the state. Some of them include the Organ Mountains, White Sands National Monument, the Lincoln National Forest, the Valley of Fires Recreational Area, Carlsbad Caverns National Park, and Bitter Lake National Wildlife Refuge. All of these locations are incredible sights to see and also harbor a wide variety of different species of both flora and fauna.

New Mexico has some unique landscapes and mountain ranges that sometimes seem to appear out of no where in the desert that covers most of the state. One of the areas I have spent a good amount of time exploring was the Lincoln National Forest. Located here are a number of different canyons all ranging in different elevations.

The canyon in which I spent the most time in was Nogal Canyon. It’s at a higher elevation than previous places I have visited to collect and photograph insects, but it was no less productive in terms of biodiversity and insect activity. The abundance in insect activity here was attributed to the numerous amounts of blooming wildflowers all along the small creek that was flowing through the canyon. A majority of the flowers in bloom were sunflowers and thistles, both of which belong to the family Asteraceae. After taking a closer look at the heads of these flowers I realized how many visitors these flowers had and the number of different species all converging on these flower heads was astounding! 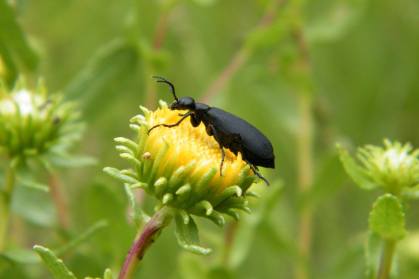 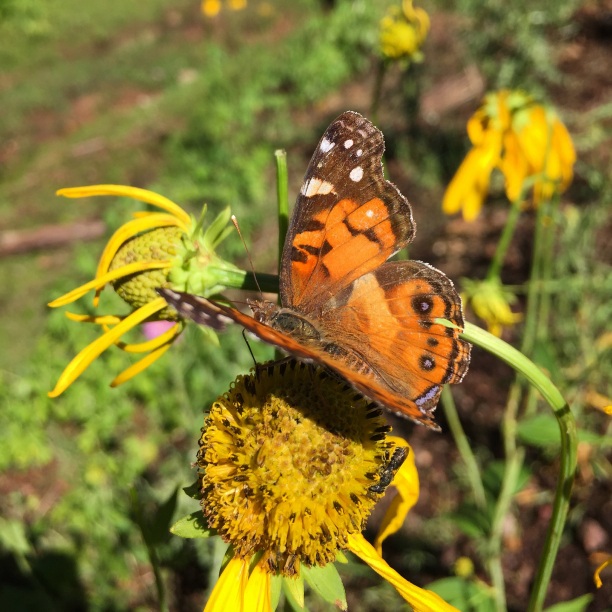 The insects here included flies, butterflies and moths, beetles, wasps, bees and ants, and even true bugs. A good majority of what was on the flowers were flies, and by a huge margin at that. Some of the families I saw and could identify on the spot were Tachinidae, Syrphidae, Stratiomyidae, Muscidae, and Tephritidae. The second most abundant group of insects I found were those belonging to the order Hymenoptera.There were plenty of different native bees nectaring off these flowers and spreading pollen all over their bodies and legs. A few high elevation bumble bees also made an appearance, which was a nice surprise to me because I had never seen these species before. 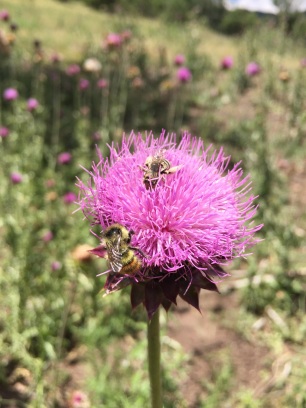 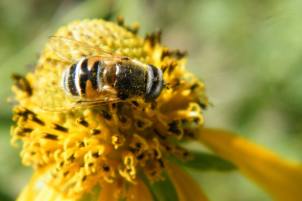 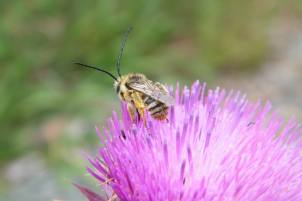 Possible Megachilidae, hard to tell from this angle.

The number of different species of Lepidoptera were not as high as I had hoped for, but there were a few species in the family Papillionidae that I had only seen once previously and they were present here in higher numbers than I expected. Overall I would say that New Mexico is definitely a place with hidden diversity that can be tucked away in some of the most amazingly diverse canyons I have ever seen.

Heading east once more into western Texas, one will see an interesting change in the overall landscape of the area. At first the terrain seems to just flatten out and the majority of the habitat you see is desert, but eventually hills begin to form until you see what looks like a small mountain range. As you get closer you will eventually arrive at the Davis Mountains and if you were to continue east you would eventually make it to Big Bend National Park.

Now I know Texas is a very large state and there are plenty more places to visit and experience more unique flora and fauna, but I have only extensively explored and collected in this region so for now I am only focusing on west Texas. 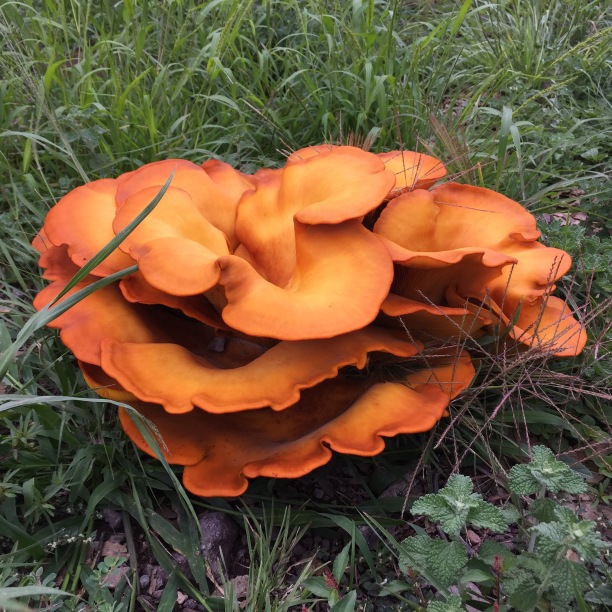 Probably the largest fungi I have ever seen in my life. It was the size of a toaster oven! 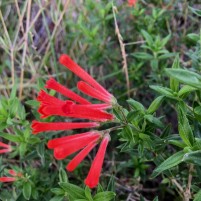 There were quite a few different wildflower species I did not recognize in these Texan mountains. 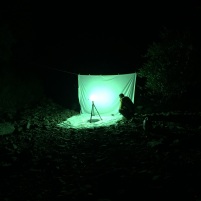 Despite our attempts to black light, events like this were short lived do to rain. 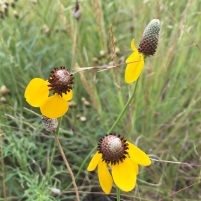 I found a lovely array of Aster species along the roads passing through the Davis Mountains.

For anyone who appreciates insects and wildlife in general and would like to see it in person first hand, then I highly recommend west Texas. The Davis Mountains and the Davis Mountains State Park are just spectacular places to visit in the late summer after the monsoonal rains have passed through. The amount of color and biodiversity found in these mountains is incredible and as you travel through them it wont take long to get lost in the wonder this area possesses.

In terms of wildlife and plant life, this area seems to have no end to what can be found. From my point of view as an entomologist, this place was a treasure trove of species I had never seen before. There were so many places to look for insects I literally had to pull over almost every five minutes just to see what was in the next patch of flowers.

I was able to explore a good majority of this mountain range and the state park. From experience I can say that these areas are worth visiting for sure, and if you’re an insect lover like me then you best bring your net and jar because there is a lot to be discovered. Even though I did make it to Big Bend National Park I was not able to explore too much of the region and despite being chased by quick-moving thunderstorms for a majority of the time I spent there, I was still able to see a good amount of interesting creatures along pull offs and scenic areas. The overall landscape and color of Big Bend was spectacular and I highly recommend others to visit and explore the area during the late summer when the monsoons have passed or are passing through.

Now going back to the Davis Mountains and Davis Mountains State Park. After a number of strong storms that had passed through the area, it was finally beginning to clear up and as soon as the sun emerged, warming up the hillsides, the insects made their appearance. I saw many different types of wildflowers and a huge number of insect species that were visiting them.

From butterflies to beetles, the number of different insects varied from one patch of flowers to the next. The most fruitful flowers were those belonging to the patch of wild milkweed blanketing a section of the side of the road I drove past. There I saw Pepsis wasps and an enormous diversity of both bumble bees and other native bees. The butterflies were quite active and abundant but the species were the same as those that I had seen on other patches of wildflowers early on during the drive. Tachinid flies were all over a majority of the wildflowers I found, but what was most uncommon were beetles. Despite lacking in abundance, the beetles were no less flashy than the rest of the insects visiting these flowers. I found many different species of small scarabs in each patch of flowers I visited, but the most prized catch in this area was a very shiny metallic blue wood-boring beetle (Buprestidae). 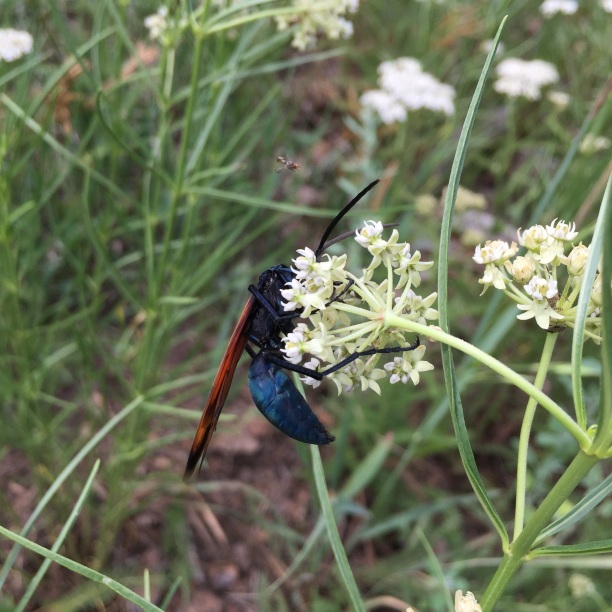 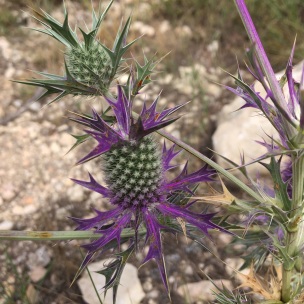 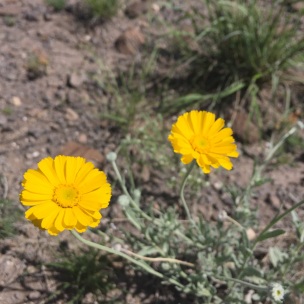 Throughout my travels across each of these states I came to appreciate how amazing the desert can be. Because of this I am unable to choose one state that I think is the best, so instead I’ll just call the entire region my favorite place to visit in the US. There are many parts of this desert I have yet to explore, but being able to find insects of all kinds in this region has definitely inspired me to continue to adventure here.