I recently went on my second blacklight outing for the “winter” season in Cold Canyon with my good friend John DeBenedictis. With the weather being fairly warm today, it was a prime night to go out into the canyon and set up a moth sheet.  John set up where he usually does near the upper trail and within minutes of setting up, a moth and some insects already took to the sheet. I didn’t have any particular moth in mind to see during this outing since I had already seen F.februalis on the last trip, but I was hopeful to see a greater variety of species on the sheet since the temperature was much warmer. As the night set in, a few moths showed up to the sheet along with a fair amount of beetles.

At the beginning of the night the insect activity was somewhat slow, but within the first half hour things picked up quite nicely. The moths showing up to the sheet were similar to the ones from the last trip but what was different this time was the number of different beetle species that came to the sheet. I documented a fairly good number of beetles at the sheet including Geotrupids, Silphids, Cantharids, Carabids, and Scarabs. The highlights among these families were definitely the Geotrupid and Silphid beetles. I found two species of Geotrupids and one species of Silphid, one of which was completed inundated with mites. The mite covered Silphid was a surprise to me because I had never seen this many mites on a single beetle before. Despite the temporary beetle distractions, more moths appeared on the sheet and F.februalis made its first, but definitely not last, appearance on the sheet.

Non mite covered Silphid that made it to the sheet.

Second Geotrupid species I found near the sheet.

Mite covered Silphid with the the “Three Muskateers” mites behind its head.

Once an hour had passed, the Feralia februalis began to appear more frequently on the sheet. It started with just two, but within a couple of minutes another would appear and then another after that, until there were almost ten on the sheet at once. By the time we had decided to pack up and leave at the end of the night there were at least fifteen Feralia on the sheet! This was something I had not encountered on all of my previous winter moth nights in the canyon. This moth isn’t a particularly rare or uncommon moth but it is one of my most favored moths to see every year, mostly due to its wonderful color variants and lichen patterned fore wings. Its caterpillars feed on oaks (Quercus) and mountain mahogany (Cercocarpus) which can be found in many areas within the canyon. I am hoping to find a few of the caterpillars of this species so I can document more of its life history.

There weren’t many other noctuids that came to the sheet during this trip, but that will change as the temperatures get warm again.

These moths seldom had their wings open and tended to prefer holding them in the “tent” form.

Quite a few smaller moths came to the sheet and tended to be the most common. 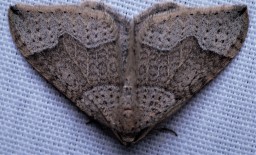 Zenophleps lignocolorata was one of the more interesting smaller moths and it has a cool name as well.

F.februalis can be found in many different shades of green and turquoise.

The night progressed incredibly well, with new species coming into the sheet at a nice and steady pace. Unfortunately, the wind began to pick up and it was turning the blacklight sheet into a sail. The amount of new moths at the sheet ultimately plateaued roughly around the same time the wind became a nuisance, most likely because the wind was cold and was causing the ambient temperature in the area to drop.

A full view of the amazing pattern februalis has on its wings. 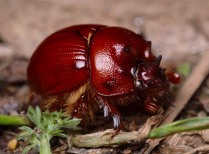 The Geotruipds made a return to the sheet later in the evening.

Feralia februalis in the “book cover” position as I call it.

This female februalis had went off sheet and landed on a near by leaf, making for some more dramatic angles.

The Silphid with no mites also made a second appearance on the sheet. 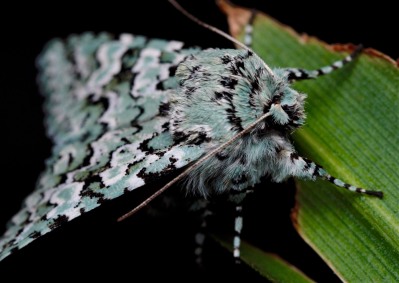 A closer view of the “fluffy” aspect of these wonderful moths.

It was at this point and time my friend John decided he was going to pack it in for the night and gave a “last call” for any moths Jason or I wanted to collect or photograph. So, I took this opportunity to get as many last-minute shots of a majority of the remaining moths and beetles on the sheet. In the end, this moth night was incredibly productive and I hope that the moth nights in the near future prove to be just as productive.