The area in and around Stebbin’s Cold Canyon reserve has been incredibly diverse, with a plethora of insect and plant species found in abundance during the day time hours. However, I had yet to see what the night-time diversity was like and I was fairly certain that because of the past week of warm temperatures the nocturnal insects were going to appear in somewhat good numbers. With that in mind, my friend and I drove out to the canyon with a colleague of ours who was going to be blacklighting there to survey/collect the moths that came to the sheet.

As the last bit of sunlight faded, the light from the blacklight grew stronger until it was the only light around. The blue hue illuminated the trail and it wasn’t long before insects began to appear on the sheet. It started off slow with maybe one or two small moths and a few small scarabs but after a while things began to pick up and slowly but surely more insects came to the sheet. There were no large insects that came to the sheet, but there were plenty of other uncommon visitors that made up for it. To our surprise, a number of flies showed up to the sheet, as well as a decent number of beetles. The moth diversity was unfortunately way below par that night and the species count ended up being very low. 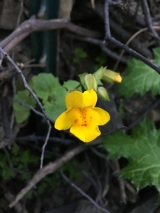 The name of this flower escapes me, but it was the first one I found for the season. 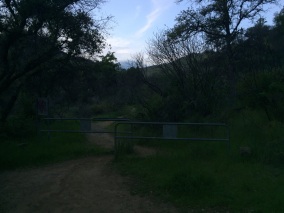 The clear skies might have been what led to the cool temperatures. 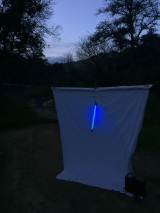 We used a battery powered blacklight, making everything lightweight.

The craneflies were everywhere on and around the sheet. 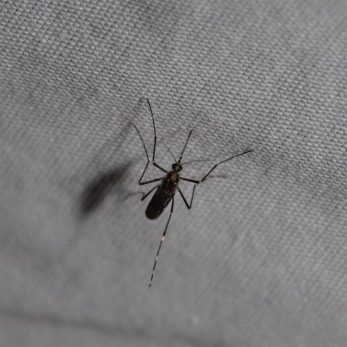 Because of the nearby creek these pesky mosquitoes were never far away from us.

The songs of the Pacific Chorus frog and crickets were a nice touch to the overall ambiance of the area. Though we did not find any frogs crossing the trails, we did find a toad who decided to cross the trail as we looked around for other nocturnal creatures. When 9 pm rolled around, the activity at the sheet was finally at its peak and the amount of moths and other insects made it worth the wait. A Phengodid or glowworm beetle made an appearance on the sheet and we were very excited to see it because they are not very common. These beetles are interesting because the females are completely larviform and the tips of the abdomens of both the larvae and females have a faint glow to them that can be either yellow or green in color. As an added bonus, the females and larvae are actually predators of millipedes. 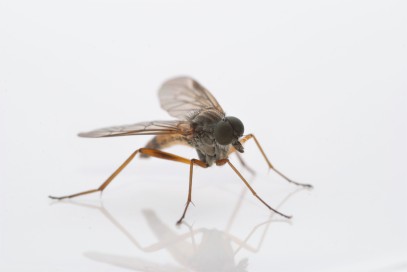 This scarab was nice enough to have a slow start in its flight, allowing for a photo like this. 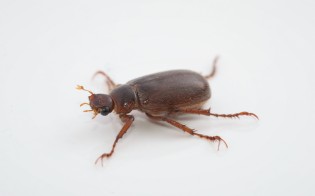 Here is the same scarab but with its wings closed this time. 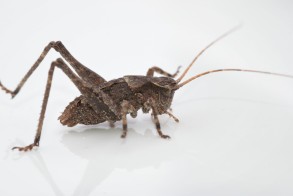 A katydid nypmh also made an appearance on the sheet.

Overall, the amount of insect diversity was not what I was expecting for this time of year, but the cool temperatures and recent rain could have played a factor in why there was so little activity on the sheet. I was still content with what did end up making an appearance on the sheet despite the lackluster amount of moth species that showed up to the light. The few beetles we found allowed for some awesome “in action” photos that I had never thought of doing before this. The Cantharid or soldier beetle, along with the scarab, were the main two subjects that allowed for these photos to be taken and without their eagerness to fly back to the sheet I don’t think I would have acquired those shots. 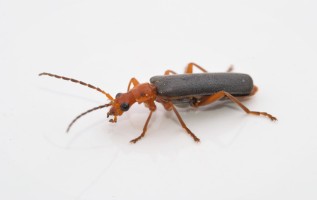 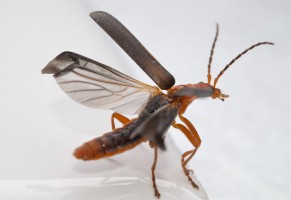 Same beetle but mid-take off this time.

The peak season for blacklighting is in May and June so there is still plenty of time for other moths and insect to make an appearance. For now, I will continue to survey the day time insect diversity and periodically try my luck with the blacklight throughout the spring season.